Music: Heartaches by the Number

When the Idyllwild family and I were talking around the table a few nights ago, one of the hikers, “School Girl”, mentioned that Cabazon had the “World's Biggest Dinosaur”. That jogged my brain a bit so I did some Googling and I realized that it was the same exact dinosaur referenced in one of my favorite video games “Fallout: New Vegas”. I ecstatically told them about the connection and I guess they noticed how excited I was about it because two days ago (while on top of a mountain after a huge climb) I got an invitation to tag along with the family on a day trip around the desert. The main attraction being the dinosaur. I couldn’t say no…

We visited Cabazon and the cities flowing South of Palm Springs. Eating delicious food, visiting the sites, doing a bit of shopping, and just being around good company the entire day. It was amazing. I feel like zero-days will start to get harder and harder to take going forward. Half of my brain says I shouldn’t because I feel like I am a bit behind, but the other part says to be a “yes person” while on trail and just take every opportunity I get. I'm glad the second half won today.

Also, for the New Vegas fans - YES, you can go inside and up into the mouth of the dino. Craig Boone, Manny Vargas, and Cliff Brisco were nowhere to be found though. Same for Jeannie May Crawford. I wanted to buy a little souvenir that looked like Dinky, but there were none that matched well enough. Maybe another time. 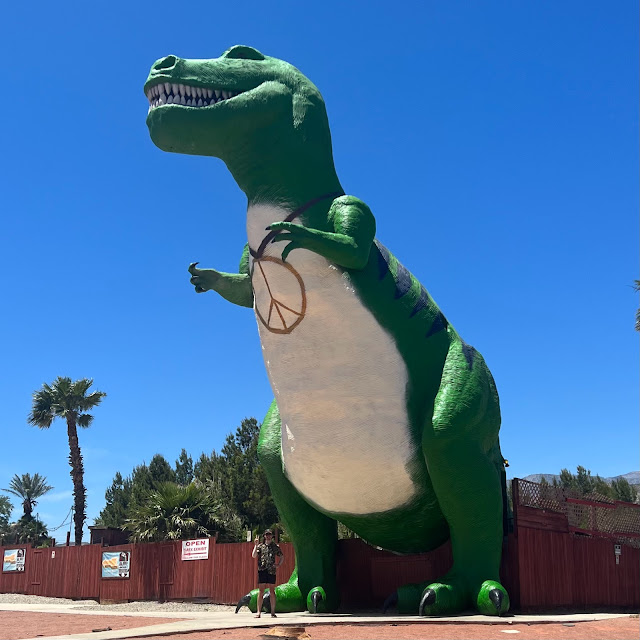 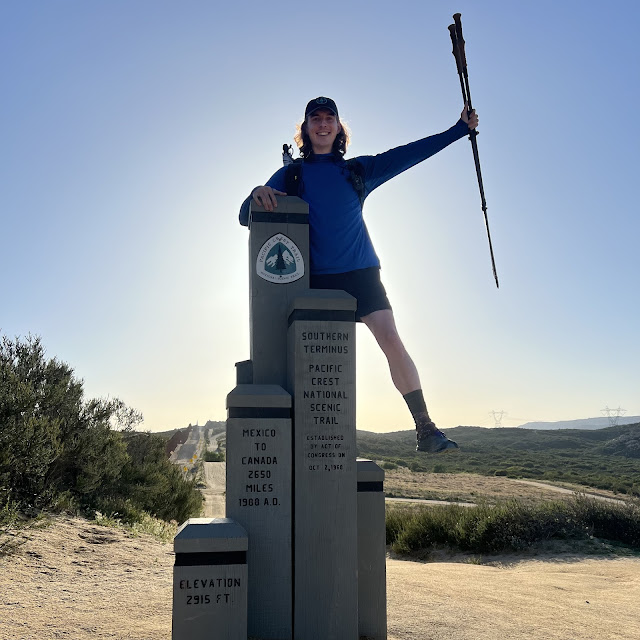 Miles : 0.0 - 3.1 Photos : The Southern Terminus Started my northbound thru hike of the Pacific Crest trail today! I’ve been thinking of this moment for years!  The instant I learned about the existence of the national scenic trails I knew that I wanted to take up the challenge. Finally being here, at the Mexican border, with nothing but time and freedom is unreal. I feel grateful that I have the opportunity to take on this adventure, anxious about what’s ahead, but excited to figure it all out! Nothing to do now but walk 2,650 miles, one step at a time, all the way to Canada. Wish me luck!
Read more 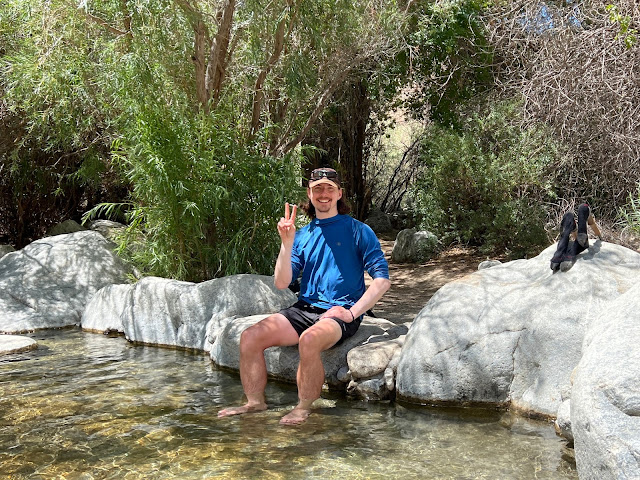 Miles : 0   Photo : Peacing out for a little while   I thought that after two zero days I’d feel confident enough to continue hiking but this morning my feet said “we’re still not ready!”. I decided that instead of spending more zero days in Wrightwood that I’d call in the support and have my Dad pick me up and take me off trail once again.    Doing two 27+ mile days nearly back to back was a huge mistake in retrospect. I should’ve just stuck to my goal of doing 16-20 mile days. It was working out so well for me! I’m just gonna take this as another difficult lesson to not test the limits of my body in such a haphazard way. Think like the tortoise, not the hare.    Gonna rest up for a few days now. Hopefully see a podiatrist, in an attempt to get some custom insoles. Thinking I’ll get back on trail next weekend (or slightly before). Not sure if I’ll go back to where I left off, skip ahead just a little bit, or go straight to the Sierras. I’d of course do an y miles I missed later in the
Read more 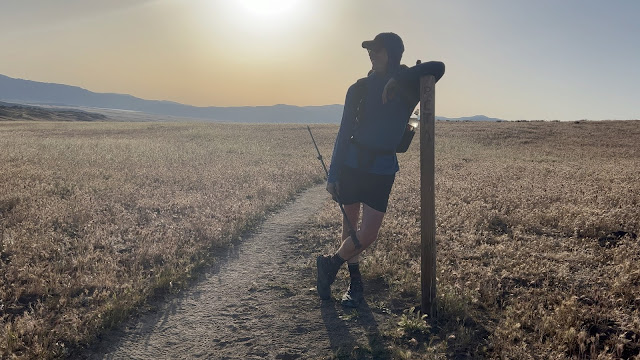 Miles : 0   Photo : Posted Up Near Mile 108ish The intention today was to do a nero (near zero day). What ended up happening is a different story. I slept in a bit later than I expected, then did some last chores around Idyllwild. Things like organizing the last bits of my food resupply, going to the outfitter to pick up some biodegradable soap, returning some groceries since I bought a little too much, and stopping by the post office to mail out some postcards. I’m happy to take addresses for future cards! It was around mid-day when I realized that I wasn’t really in the mood to go hiking miles up a mountain in the 90-degree heat with my 5 days worth of resupply. I’ll head back up to the trail tomorrow morning when it’s nice and cool.    Since I had some extra time today, I finally went and created a proper blog. That way the people I know who aren’t super fond of using Instagram or social media, in general, can still see what I’m up to. It will be linked in my bio for now. It contain
Read more